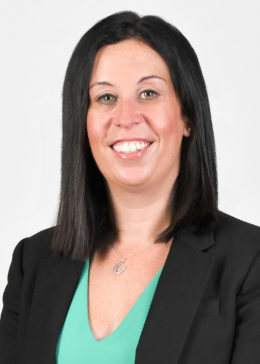 Kathleen was awarded the Moot Court Coach of the Year by Loyola University Chicago School of Law in 2011.

Kathleen was a member of Phi Beta Kappa and Alpha Sigma Nu.  She was a member of the International Law Review.  She was also the Winner of the National Moot Court Competition in Child Welfare and Adoption Law in 2006.  She was a judicial extern for the Honorable Ronald Guzman, U.S. District Court, Northern District of Illinois.

Kathleen was recognized by AILA as a 2015 Michael Maggio Pro Bono Honoree for her dedicated efforts to promote justice and provide access to counsel and her proven tenacity in the fight to end family detention as part of the AILA Artesia Project.

Kathleen was awarded the 2016 Advocacy Award by AILA for her outstanding efforts in support of AILA’s legislative agenda.

Kathleen was awarded the Outstanding Advocate for Social Justice by Loyola University Chicago School of Law in October 2017.

Kathleen was published in the 2016 Adoption Law book published by the Illinois Institute of Continuing Legal Education in the chapter discussing Special Immigrant Juvenile Status.

Kathleen has served as a moot court coach with Loyola University Chicago School of Law’s Advocacy Department since 2009.  Previously, Kathleen served as a Street Law teacher at Roberto Clemente High School, an extern at the Midwest Immigrant and Human Rights Center (now known as the National Immigrant Justice Center), and was a member of Project Mexico, a service and educational exchange with the communities of Tijuana and Tecate, Mexico.

Kathleen was selected to join the Loyola University Chicago School of Law Board of Governors in 2015.

Kathleen served as a coordinator for the AILA Chicago Remote Bond Team that provided pro bono assistance for the detained women and children in Dilley, Texas.

We use cookies to ensure that we give you the best experience on our website. If you continue to use this site we will assume that you are happy with it.OkPrivacy policy